The holidays, especially Thanksgiving, would not be the same without the comfort food of mashed potatoes! My mom makes the most delicious mashed potatoes that I look forward to every year at the holidays. Whenever we have my aunts, uncles, and cousins over to celebrate, my mom’s potatoes are always one of the first dishes to be gone! Let’s learn from King’s River Life Magazine and Potatoes USA about how this classic comfort food gained popularity throughout the world, and brought people together over time.

The potato, from the perennial Solanum tuberosum, is the world’s fourth largest food crop, following rice, wheat, and maize. The Inca Indians in Peru were the first to cultivate potatoes around 8,000 BC to 5,000 B.C.

In 1536 Spanish Conquistadors conquered Peru, discovered the flavors of the potato, and carried them to Europe.  Before the end of the sixteenth century, families of Basque sailors began to cultivate potatoes along the Biscay coast of northern Spain.  Sir Walter Raleigh introduced potatoes to Ireland in 1589 on the 40,000 acres of land near Cork. It took nearly four decades for the potato to spread to the rest of Europe.

Eventually, agriculturalists in Europe found potatoes easier to grow and cultivate than other staple crops, such as wheat and oats. Most importantly, it became known that potatoes contained most of the vitamins needed for sustenance, and they could be provided to nearly 10 people for each acre of land cultivated.

In the 1840s a major outbreak of potato blight, a plant disease, swept through Europe, wiping out the potato crop in many countries. The Irish working class lived largely on potatoes and when the blight reached Ireland, their main staple food disappeared. This famine left many poverty-stricken families with no choice but to struggle to survive or emigrate out of Ireland. Over the course of the famine, almost one million people died from starvation or disease. Another one million people left Ireland, mostly for Canada and the United States, as shown in the picture below.

Mashed potatoes eventually came about because of all the Indian people in the Americas who ate potatoes, the Incas seemed to prefer theirs mashed. Some sources say the actual recipe for mashed potatoes originated in 1771 when a French man named Antoine Parmentier held a competition on ways to make potatoes. Other sources say that it was the English who came up with mashed potatoes and gravy, somewhere in the 1600s. Today, Americans enjoy potatoes in a variety of ways, whether they are fried, baked, grilled, or of course, mashed for the holidays!

Mashed potatoes, especially potatoes in general, have had a long association with the idea of immigration, particularly because of events like the Potato Famine in the 1840s. It’s no secret that immigration has been one of the most talked about issues since the recent election, and what’s a better time than the holidays to talk about how to bring people from different walks of life together! Let’s take a closer look at some of the most talked about solutions from ListLand’s Dave Anderson to help alleviate the American immigration crisis. 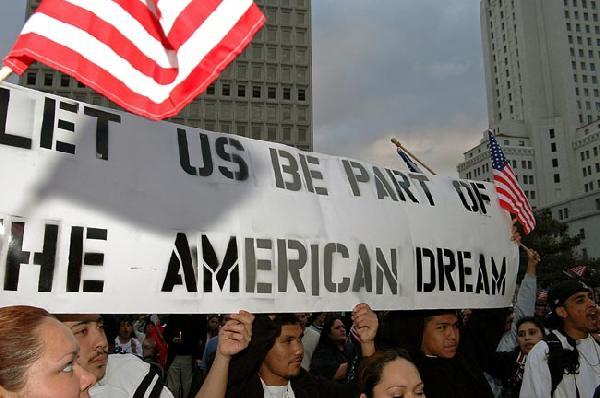 Because the Mexican border is 1954 miles long and contains several illegal crossing loopholes, one solution suggested is to strengthen border security buy building a wall or a fence. While incoming president Donald Trump has vehemently advocated for building such a wall, it would cost American taxpayers millions of dollars, and Mexico’s President has also rejected taking any financial responsibility for the wall as well. Further expenses would also be required for maintenance and technology for the wall, which would severely worsen America’s debt crisis.

Because one of the main reasons that people flock to America is for better job opportunities to build better lives for their families, one idea has arisen for America to adopt an improved job creation program that accommodates non-US workers so that they have a more legitimate way of entering America and a clearer path to creating better lives for themselves. This solution provides disincentives for immigrants wishing to enter the country illegally and offers them a more direct path for increased success in life.

The majority of illegal immigrants enter the country legally with the proper documentation to receive a work visa, and they end up staying in the country past their visa expiration date. The main reason that it is so easy to do so is because the government does not have many strict rules for tracking down people who overstay their visas, whereas there are a variety of rules and bureaucratic processes to actually become a U.S. citizen. Not only should the visa program be revised and better managed, but the path to becoming a citizen once work visas have expired needs to be more accessible for immigrants.

Utilizing Military and Volunteer Civilian Groups to Protect the Borders

Many people feel that extra military enforcement will help keep illegal immigrants out and will improve the monitoring of illegal activity. While an increase in the implementation of armed forces might increase violence, many feel that it will reduce the number of illegals that enter the country. Additionally, many civilians feel a need to exercise their rights to protect their homeland, defend themselves, and make arrests when there are breaches of the peace, especially when they feel that officials are doing their jobs inadequately. Therefore, many civilian groups join alongside armed forces in defending the country. 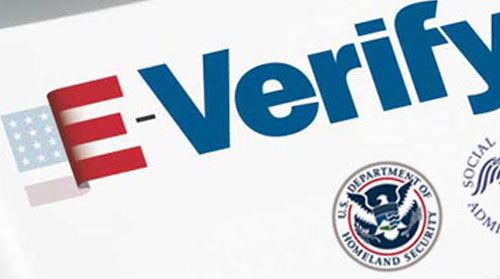 The program E-Verify helps employers identify whether potential employees have the proper 1-9 information that matches with government records. It is currently optional for employers to implement, and there are currently over 500,000 users in the U.S. Many people feel that if employers do proper background checks on their potential workers, illegal immigrants will have challenges finding a job, and it will discourage them from staying in the country, since many illegal immigrants come to the U.S. find work to begin with. If E-Verify were to be mandated, more would need to be done to enforce it, largely since some employers favor hiring illegal immigrants for cheap labor.

The majority of Americans believe in legalizing our country’s illegal immigrants. Immigrants provide several benefits to our country, including job creation, more opportunity, more economic revenue, higher productivity, a more flexible economy, and diversity of cultural benefits. Legalization would allow these people to contribute in our economy through increased work force, additional taxes, and additional investments. These arguments have caused a growing number of American citizens to advocate for giving illegal immigrants a chance at success in our country.

Of course, immigration is a highly sensitive issue, and many people feel strongly about a variety of the issues presented above. Since it is the holidays, and a time to celebrate being an American in whatever way you choose, I am very interested to hear your opinions about this topic? What do you think?

Did you know that mashed potatoes have served as iconic symbols in classic coming-of-age American movies like National Lampoon’s “Animal House”? According to the website Crushable, in the clip below, John Belushi’s character exhibits stereotypical All-American frat boy behavior as he shouts, “I’m a zit!” and shoots mashed potatoes out of his mouth while squishing his cheeks.

While many Americans consider this scene to be an extremely funny “Animal House” and Greek life moment, (which it is!) and university guys all over America have the iconic “college” poster featuring John Belushi in their fraternity house or dorm room, let me take this moment to point out that Greek life is, in reality, a much more positive, life-changing experience for many of us. As a former sorority girl  and fraternity sweetheart, I not only treasure so many of the funny, heartwarming, and exciting moments of Greek life as exemplified in films like “Animal House”, “House Bunny,” “Neighbors”, and “Legally Blonde”, but I also am so grateful for the leadership opportunities I had while serving in my chapter, Sigma Delta Tau (See a picture of me and a few of my sorority sisters below!) I served as Assistant Finance Chair for my sorority, I advocated for different philanthropies like Prevent Child Abuse America and the American Cancer Society, and most importantly, my fellow greek community members and I supported each other to achieve our dreams while remaining lifelong friends. For any of you considering joining Greek life, do it! You won’t regret it! Anyway, as a girl who used to live in a frat house and cook for the guys regularly, this movie (and movie scenes in general featuring friends bonding over meals) never fails to warm my heart! 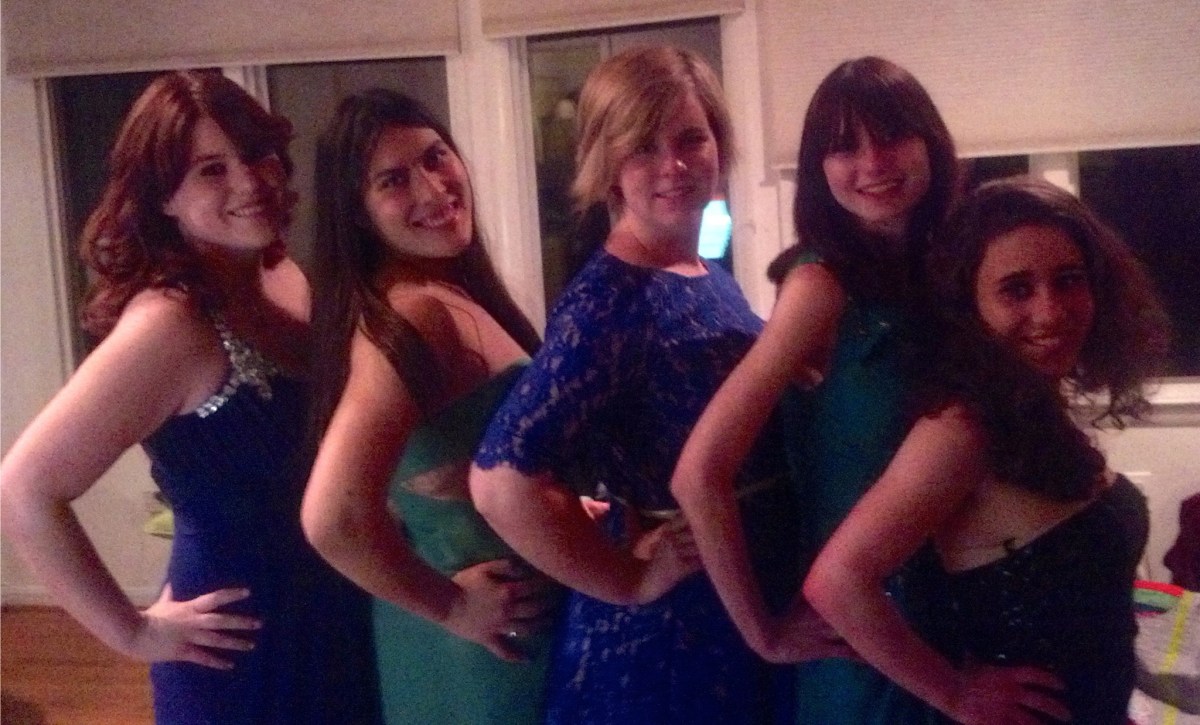 Another movie clip featuring mashed potatoes in a unique way is from Steven Spielberg’s famous “Close Encounters of the Third Kind,” in which Richard Dreyfuss’s character uses mashed potatoes to illustrate his changing mental state and how it affects his family. As a Spielberg classic, this film is one you won’t want to miss! Who knew that mashed potatoes could paint so many pictures of family life, friendship, and college life?

Happy Thanksgiving, everyone! Remember to cook a delectable side dish of mashed potatoes, and let it remind you of all the wonderful friends, family, and opportunities that you have in your life. ❤ 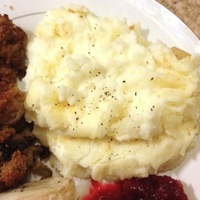